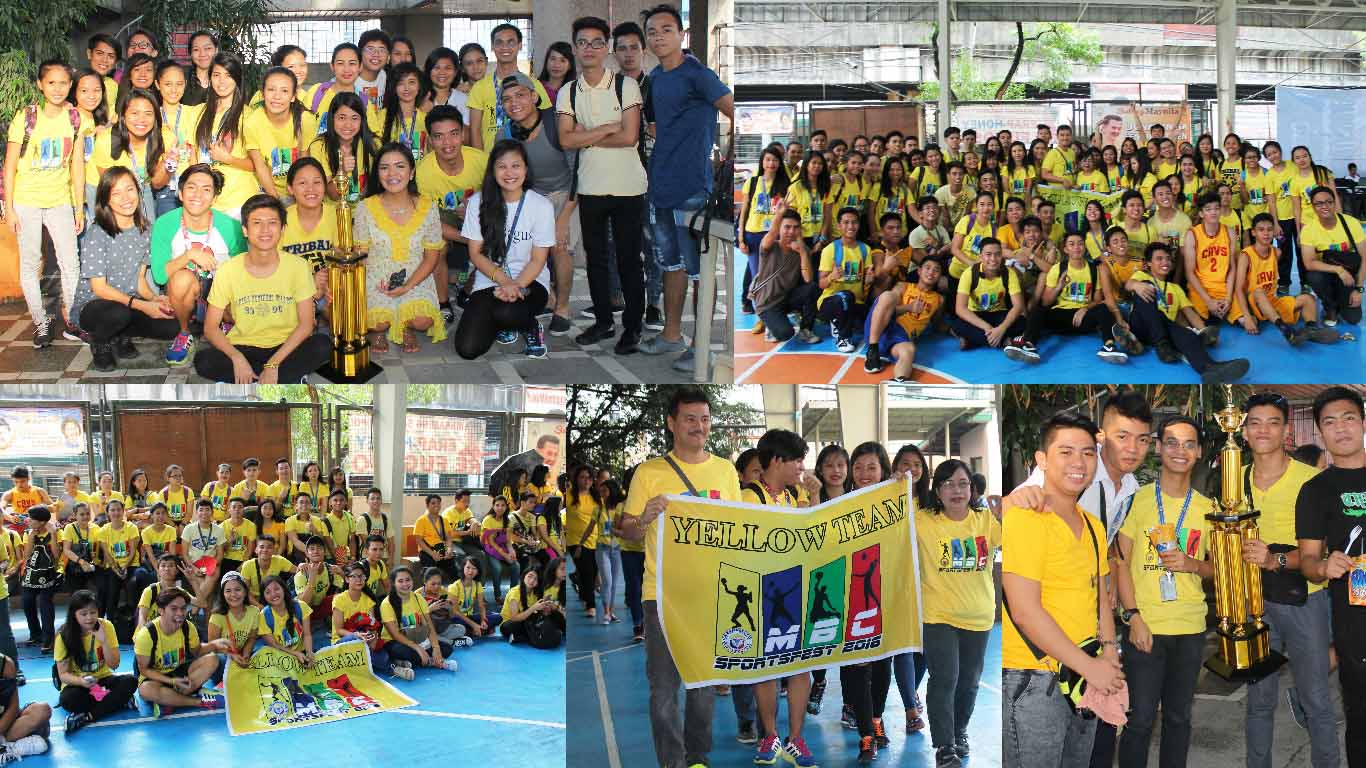 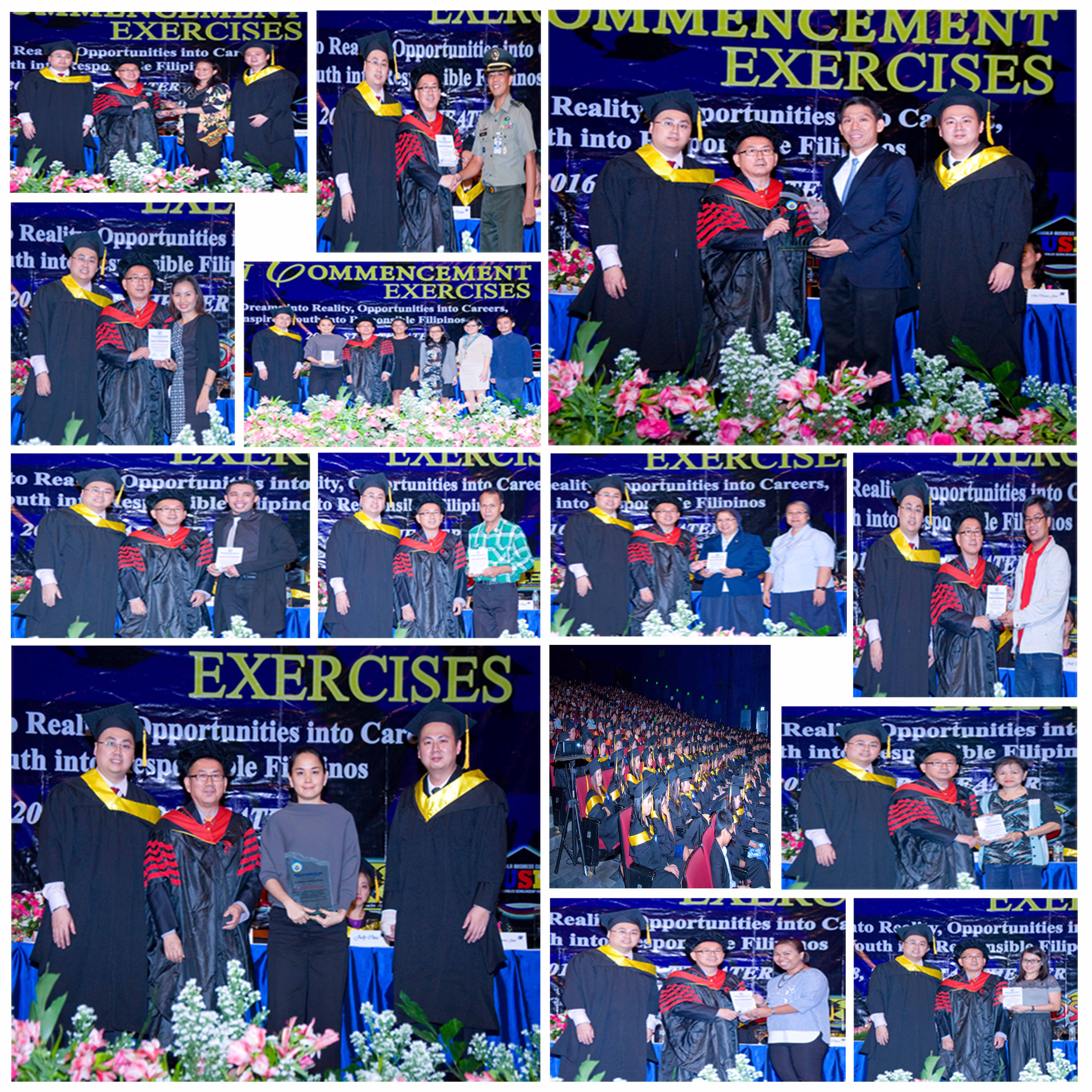 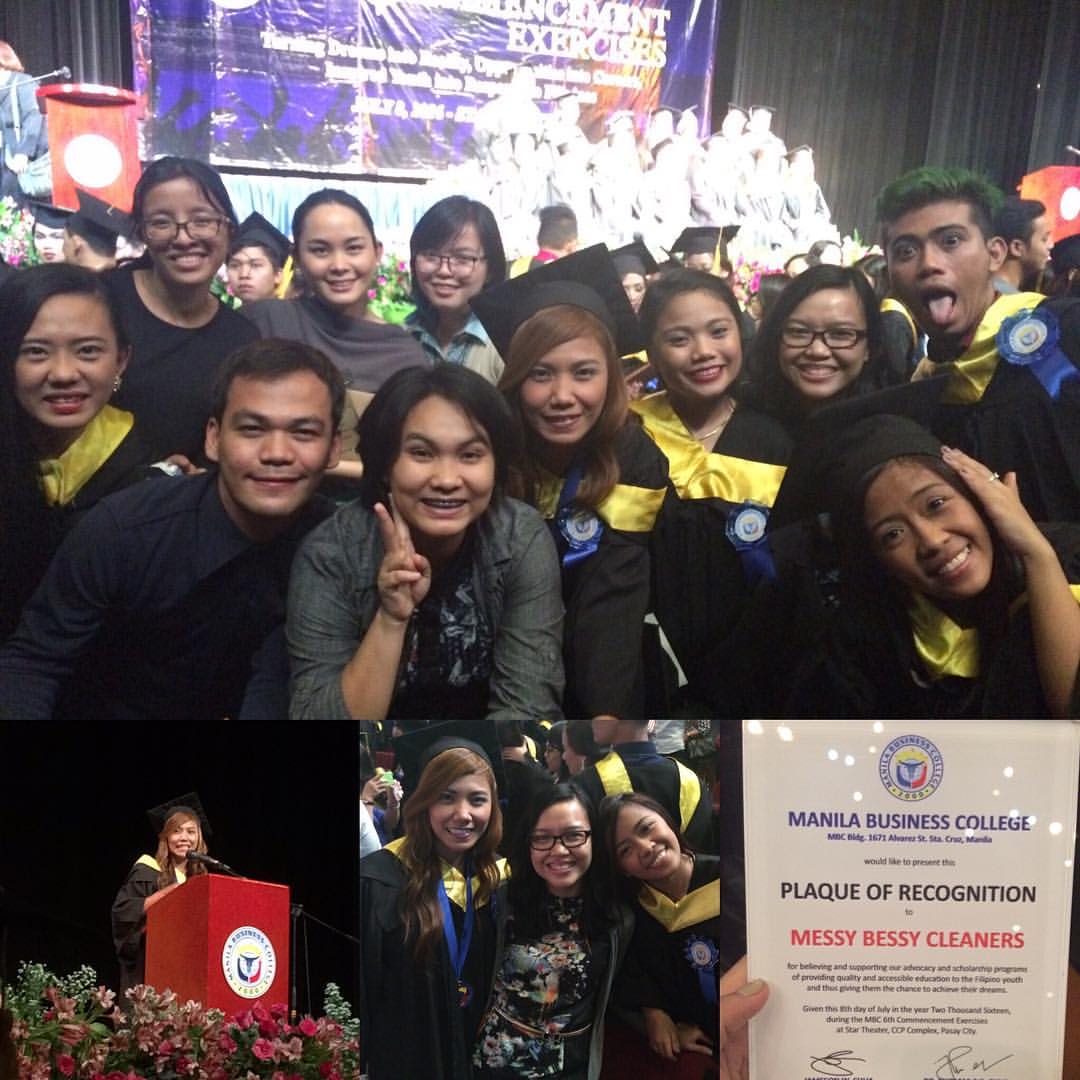 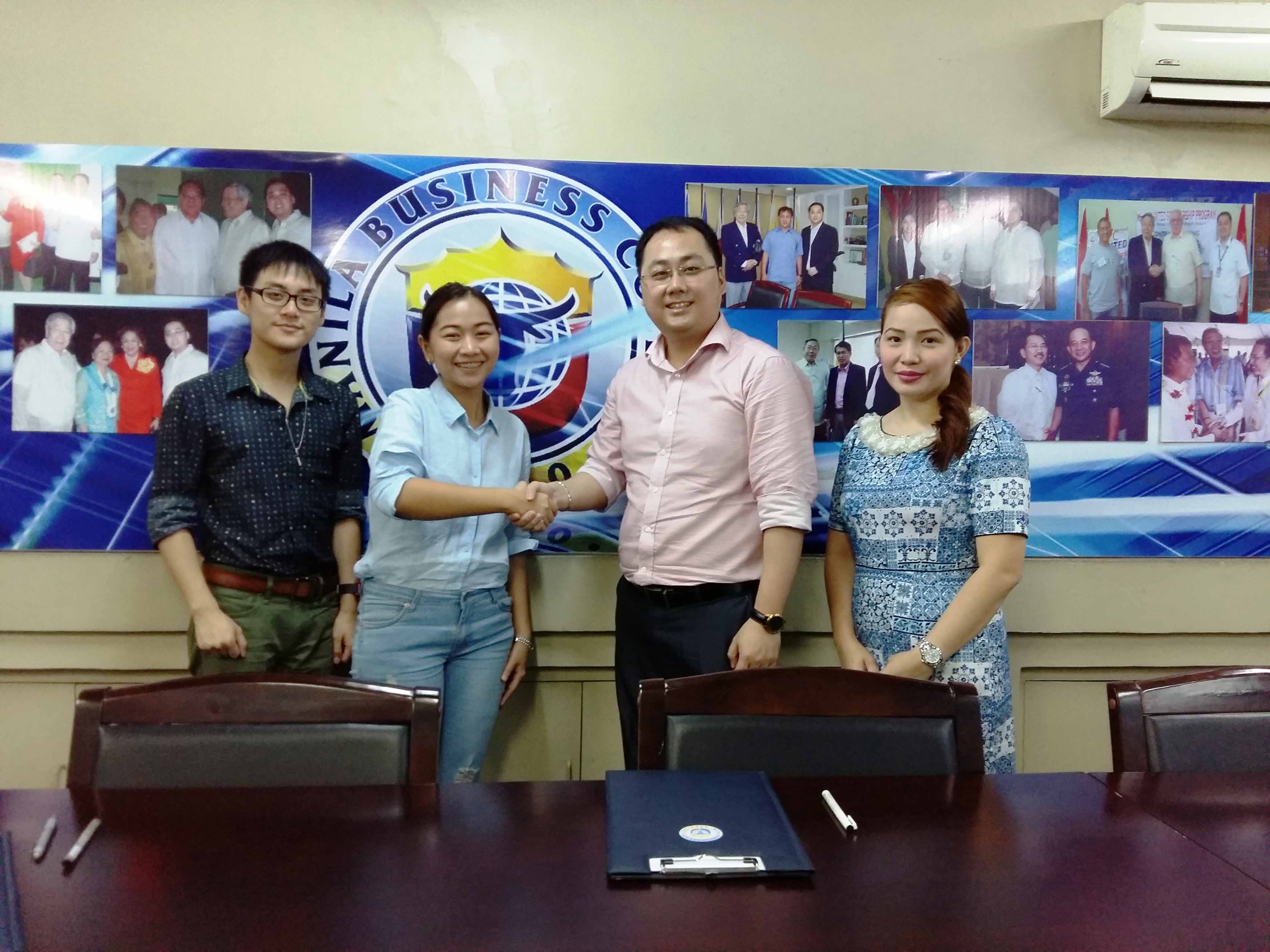 After a parade of players from each team, Ms. Maile Atienza, councilor for the 3 rd District of Manila, gave an inspirational message to the participants, then led the traditional oath of sportsmanship. Aside from the opening ceremonies, Day 1 events also included the Cheerdance competition, men's basketball, and men's and women's tug-of- war. MBC staff served as team managers for the four teams: Ms. Ruth Bautista for the Green team, Ms. Daisy Galong for the Red, Mr. Roden Mansueto for Yellow, and Mr. Meirick Rosario for Blue.

The Red and Green teams got off to fast starts on the overall standings by claiming the Cheerdance and basketball crowns, good for 45 points apiece. By the end of Day 1 festivities however, the Blue team took the provisional lead from the early leaders courtesy of second place finishes in Cheerleading, men's basketball, and women's tug-of war. The Green team was running in second place (75 points), followed by the Red team (55 points), and Yellow team with 45 points.

Day 2 of action continued on September 19 with the dodge ball and volleyball competitions being held at the RASAC covered courts. Players from the Yellow snagged the dodge ball crown while the Green team's win in the women's volleyball event plus a third place finish in dodge ball gave them the 130-point tie with the Blue team for the overall lead at the end of Day 2. Action shifted to the Citismash Badminton Center and the MBC Library for the badminton, and Scrabble and Word Factory events, respectively. Wins in the women's badminton duo and Word Factory gave the Yellow team the overall lead (160 points) at the end of Day 3; while the Green (150pts.), Blue (135pts.), and Red (110pts.) teams were still only a few points behind. Day 4 of competitions happened inside the MBC campus with Table Tennis, Patintero, Chess and Darts competitions. The Green team topped the Chess event and also placed second in the men's and women's Table Tennis and Darts to catapult themselves to the top of the overall standings with 205 points, followed by both the Yellow and Blue teams with 200 points each. Despite a late push by the Blue team on Day 5, courtesy of winning the Parlor Games, the Yellow team was declared the first overall champions of the 2016 MBC sportsfest, edging their Blue team counterparts by only five points, 250-245. The Green team finished at third place with 215 points, while the Red team rounded out the standings, tallying a total of 140 points. At the closing ceremony program on September 24, MBC VP-Student Affairs Karen Cecilia O. Birosel and VP-Academic Affairs Jenny C. Co handed out medals and certificates to the winners and participants from all events, as well as the overall championship to the members of the Yellow team. Afterwards, MBC administrators prepared a simple victory party for the overall champions.